EFCC and ICPC are law enforcement agencies set up by Acts and regulations in the fight against corruption in Nigeria. But we have one fundamental and foremost institution set up by the Constitution that we neglect or fail to identify with, the office of the Auditor-General of the Federation (AGF), and their counterpart in the state known as the State Auditor-General. This is the only body recognized by law to audit accounts of the MDAs and Courts, and Nigeria is yet to have an Audit bill that will make this body solely independent to take its place in the fight against corruption. Yes! They audit revenue and spending of the ministries and agencies, seek for clarifications and give queries to spenders of public funds.

The bill has come up 2 times since the year 2000 but fell through the cracks because those involve in impunity and manipulation of figures didn’t want it to see the light of the day. This time, the AGF is being given full backing by CSOs and NGOs to see that corruption in Nigeria is reduced to an extent through the Audit Bill.

In September, Centre for Social Justice (CSJ) with support from British Council and European Union trained CSOs in Nigeria in supporting the work of Federal and States’ Auditor-Generals to be able to discharge their statutory responsibilities without fear or favour. The supporting organizations met in Abuja twice to review programme documents and design activities plan for effective engagements. This was aimed at ensuring effective Audit Law in Nigeria. 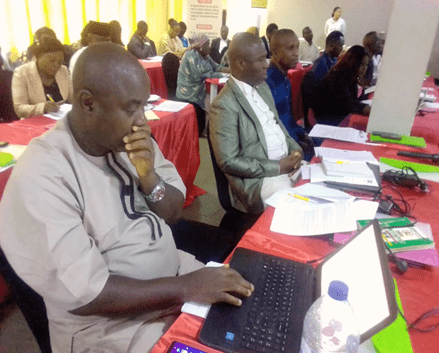